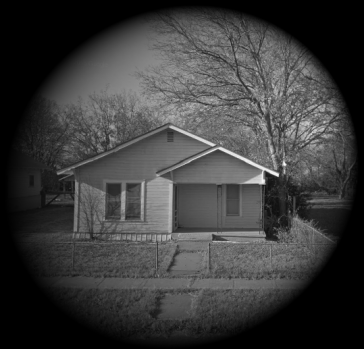 At some point when I was 4 or 5 we moved to 2117 Mckenzie.  Our next door neighbors were the Stinsons (who for some reason unknown to me) we did not like and the millers who we liked with very much.  The Millers had two daughters-Meta & Kay-one older and one younger than me they were my playmates until I went to north waco elementary school which was in September 1942-when I was almost 6 1/2.  During the summer Meta would get out her dad’s rods and reals and we would cast from the front porch as far as we could which was about 25 feet. there was a rail on the porch and we had to cast over the rail.  Once–when we were competing for distance–Meta (probably as competitive a women’s libber as I have ever known) reached back and with all the strength she could muster swung her rod and he me up side the head knocking me off the porch and onto my head on the sidewalk–I can still see those stars & my head has never been the same since.  Gary was born in Hillcrest hospital on February 13, 1941 while we lived at 2117.

Mrs. Dudley, a sweet white haired lady was my first grade teacher and all the other kids and i adored her.  I still have a group picture of my first grade class which included Ron Linam, James Balch, Betty Smith (my first girl friend), Janie Williams (my second girl friend) and about 18 other-there were 20-22 of us.  There was no pre-school and no free kindergarten so very few kids started school until the first grade.  We still had no car–so

Shirley and I walked the block to school and daddy road to work with a co-worker at Stratton-Stricker furniture. at this point daddy did not sell, but delivered, hung draperies, moved furniture within the store, laid a lot of linoleum, and laid carpet.  I remember going with him a time or two and realized, even at that young age, that this was hard work.

The japanese bombed pearl harbor on December 7, 1941, and, since I was 5 years old I should remember, but I don’t.  However, I do remember when the newspaper issued “extras” to highlight significant events.  Many people didn’t have radios-very, very few had telephones (and party lines at that) so the newspaper and word of mouth were the principal sources of news.  I think I should cut this off-this paragraph has gotten much too long!

This site uses Akismet to reduce spam. Learn how your comment data is processed.